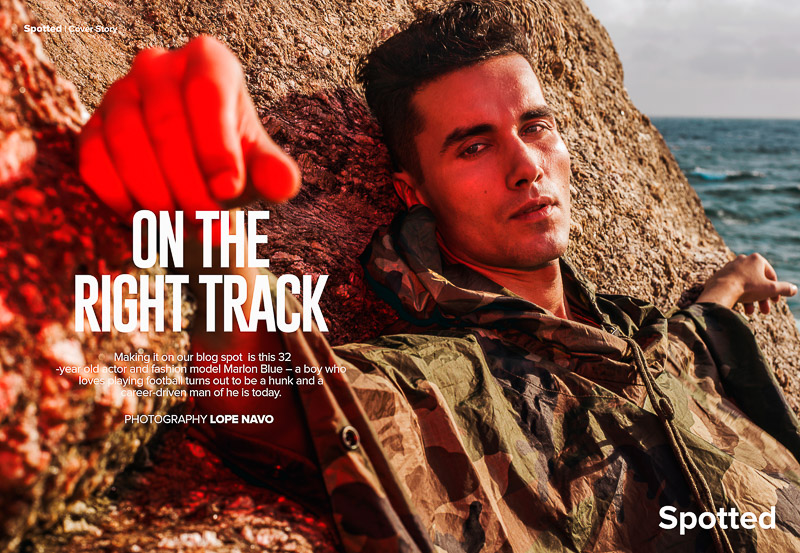 He started his career in runways and now he’s making another career path in acting, Marlon Blue is an Austro-English, who already appeared in movies such as Fury (2014), Lion (2014), The Royals (2015) and this 2019 he is set to have another movie titled Goitaca.

A guy who happened to overcome things he didn’t imagine he could, Marlon enjoyed his journey and found new self-discoveries along the way.

From Europe to Asia, nothing beats a hard-working man to conquer the world – that in every path that he takes is a runway of his own. 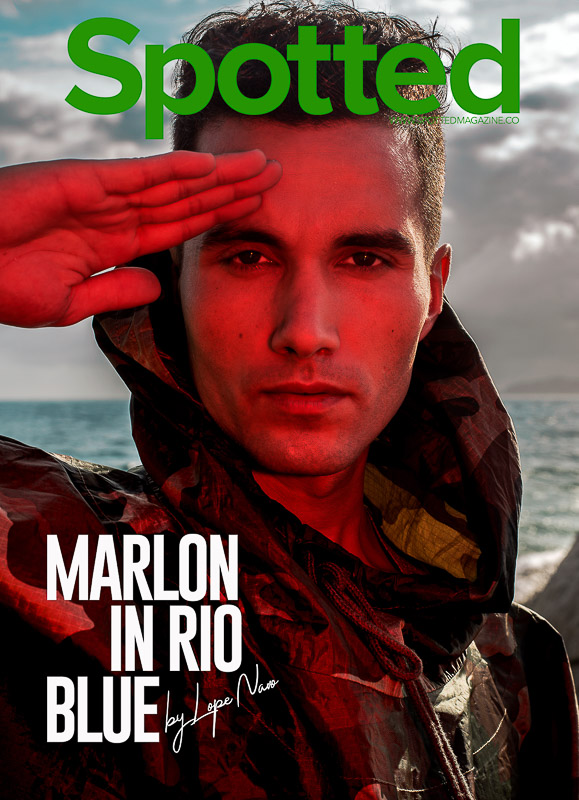 Who is Marlon Blue?

I grew up in Vienna, Austria, and relocated to the countryside after boarding to a school in the Alps before heading out into the world. Back then, my days consisted of playing football and basketball in Dadler park – a park located near my previous home in Rudolf Sheim Fuenf Haus in Vienna. We have been there every day playing football, fighting with each other, and climbing up trees, and fences. Los Angeles is a little bit different. I enjoy to take off on regular road trips with my brother in California, whenever I can. 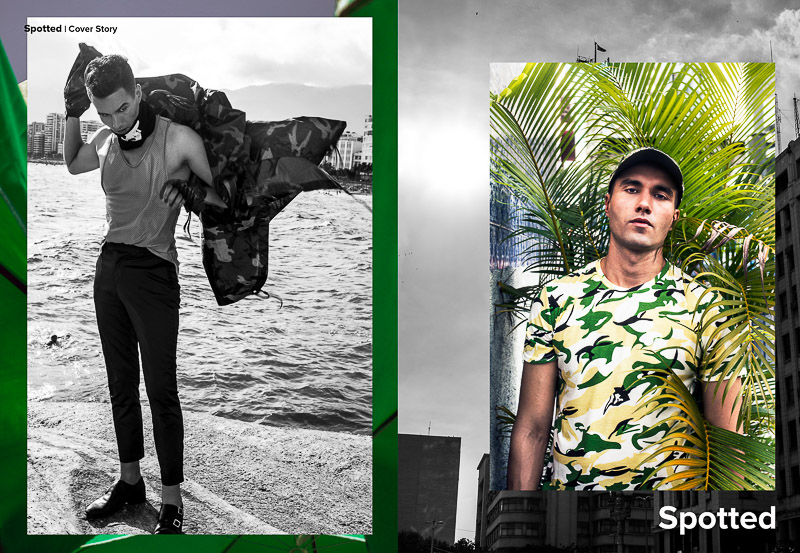 How did you become a fashion model?

I’ve been scouted out of the city by my modeling agent, Alexandra Dixon, and some American scouting agents. When I first took off for modeling, I had my flight with 20 euros in my pocket and had to get rid of my suitcase before boarding the plane. I landed with a pair of jeans, a shirt, and a pair of shoes. I’m not quite sure how it happened, but I booked my first modeling job on that very same day.

What is the easiest and the hardest thing to do in modeling?

The easiest and most joyful experience about it would be to navigate your way to a go-see casting in an unknown city, and the hardest would be to resist the urge of getting a frappuccino on the way. 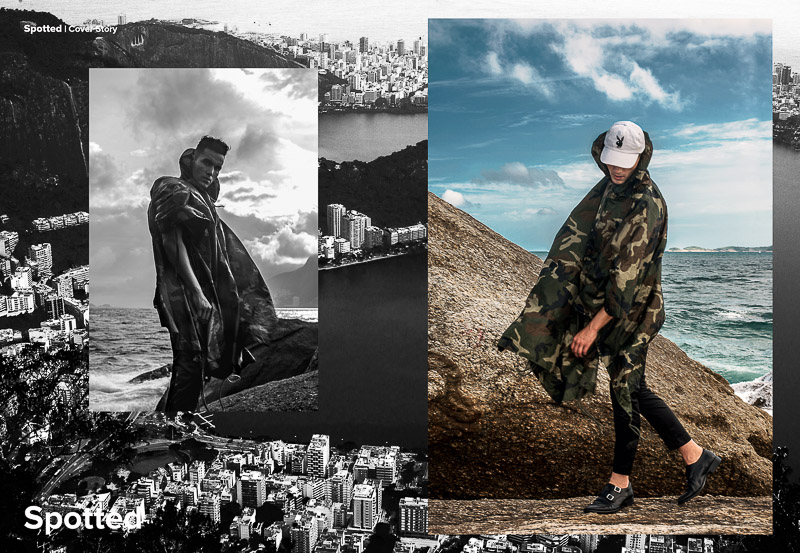 What is the best experience you had as a model?

I get to meet a variety of individuals from different backgrounds and social classes, whom I exchange stories with – it urged me to acquire more knowledge about all sorts of things, from all sorts of sources. The hustle of it kept me grounded and humble.

I’ve hardly encountered anything more powerful than kindness. The sheer observation of it is probably the best experience I can name when it comes to modeling, and the angles it opened up for me. I’ve been fortunate enough to work with fascinating people along the way from whom I’ve been allowed to learn from. I get to spend a lot of time with myself on these journeys, and it teaches me a lot about myself and my environment. 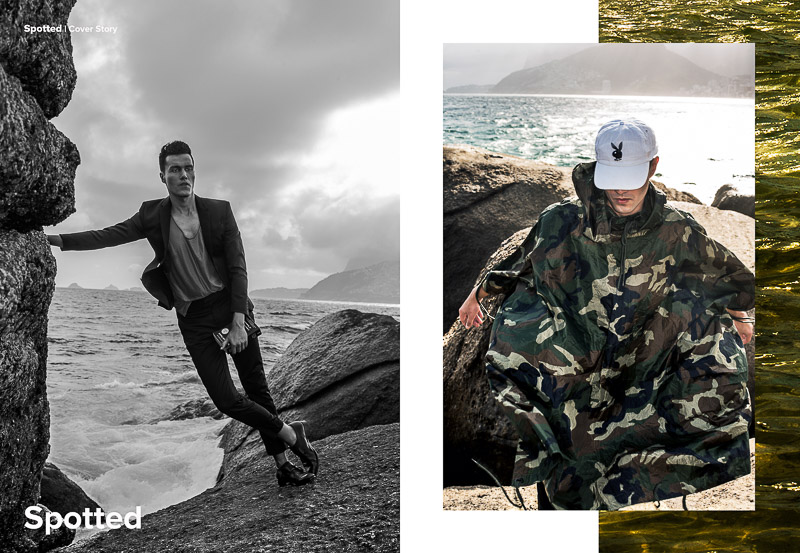 What are the problems you’ve encountered while walking on the runway, and how you overcome it?

There are plenty of difficulties that could occur when you can’t walk down a runway and worry too much about it – your walk could get mistaken as having a slight drinking habit.

Changing clothes in a nanosecond is the most challenging thing for me during runway shows, but I overcome it by practicing it every day – wherever I was at any given moment. Ever since I always change my clothes with the intention of being faster than my own shadow. After a while, I figured out that the actual speed depends on where exactly the lights have been placed in the room.

You already started a career in acting, how was the experience so far?

It’s been a hell of a ride so far. I always feel that I have to work very hard to fulfill my responsibility towards a role. I blame my curiosity for it, but I get a lot of joy from preparing for a character, as well as the filming process in itself. What happens after that is hardly any of my business. 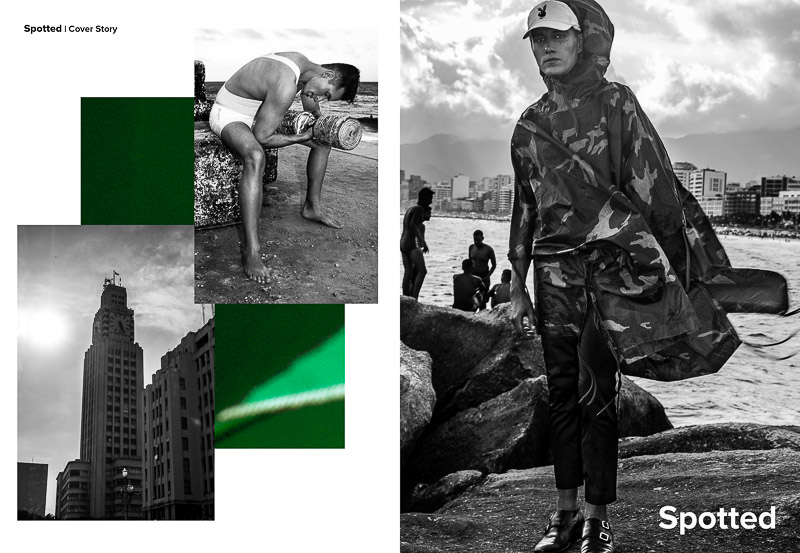 What are the learnings you‘ve gained in modeling, and in acting?

I feel quite drawn to portraying characters in stories that are struggling. From an evolutionary point of view – imperfection and change are inevitable amongst our species. Acting, in some sort of strange way, seems to be an empathetic act of embracing human behavior. You gotta be a little twisted to enjoy this process.

In life whom do you look up to?

Day Lewis, McConnoughey, Penn, and Di Caprio. They are in a league of their own.

What are you busy preparing for now?

At the moment, I’m concentrating on the next project. It’s a twisted story of madness I couldn’t resist to join. I damaged my car during preparation. I’ll have to replace it with a motorbike. 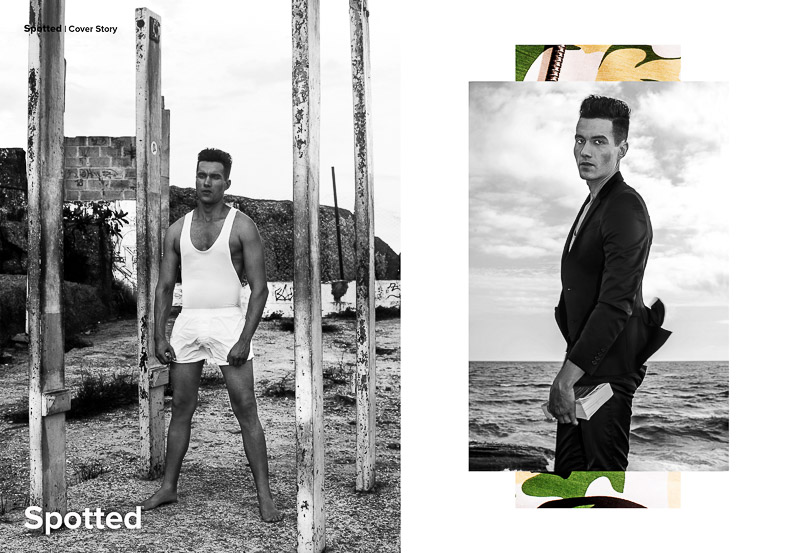 What do you consider as your greatest accomplishment in your career?

I would consider my first movie Goitaca as my greatest accomplishment because I`ve spent a lot of time in the jungle of the Amazon to prepare for my role in the movie – though I have been recommended by the people around me not to go due to the safety dangers involved.

I`ve learned more about life during my time in the jungle than I did in the 79 Countries I`ve lived in previously. The movie is very close to my heart, and I`m grateful that Rodrigo Rodrigues approached me and entrusted me with this role. It`s definitely been a huge learning curve. Rodrigo, Leandro Firmino, Lady Francisco, Olivia Harriet, Luciano Szafir, and Christianne Oliviera have been wonderful to work with.