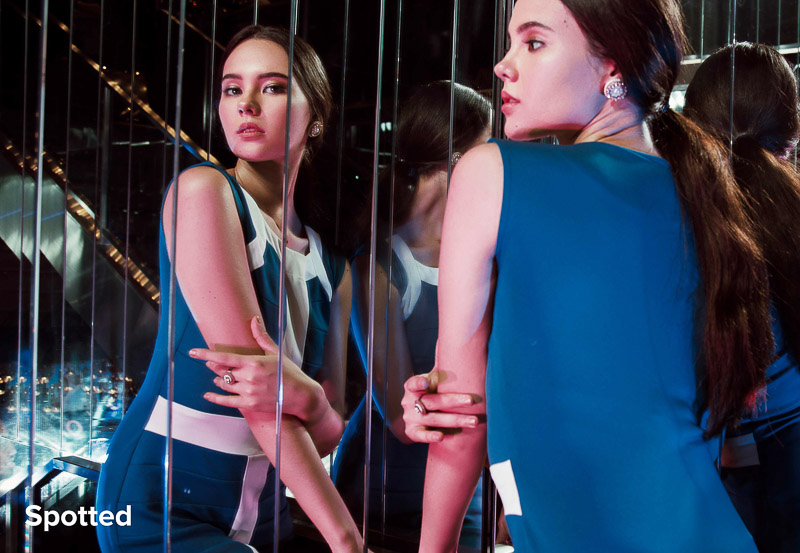 Catriona Gray still reigns as queen in the minds and hearts of her many supporters.
Her captivating beauty is reminiscent of one so regal, elegant and poised. Added to that is her benevolent nature which shows whenever she articulately speaks about her passions: educating the young; music and the arts; and her appreciation of travel and different cultures.Seeing how naturally she wears each of her hats as a beauty queen and model, one might think that she was born into it. But Catriona’s childhood would tell us otherwise. “Being an only child, growing up in Australia I spent most of my time outdoors –climbing trees, swimming in the pool and playing with my dog. I wasn’t exactly a ‘tomboy’ but I was a bit of a jungle child. (Laughs)” 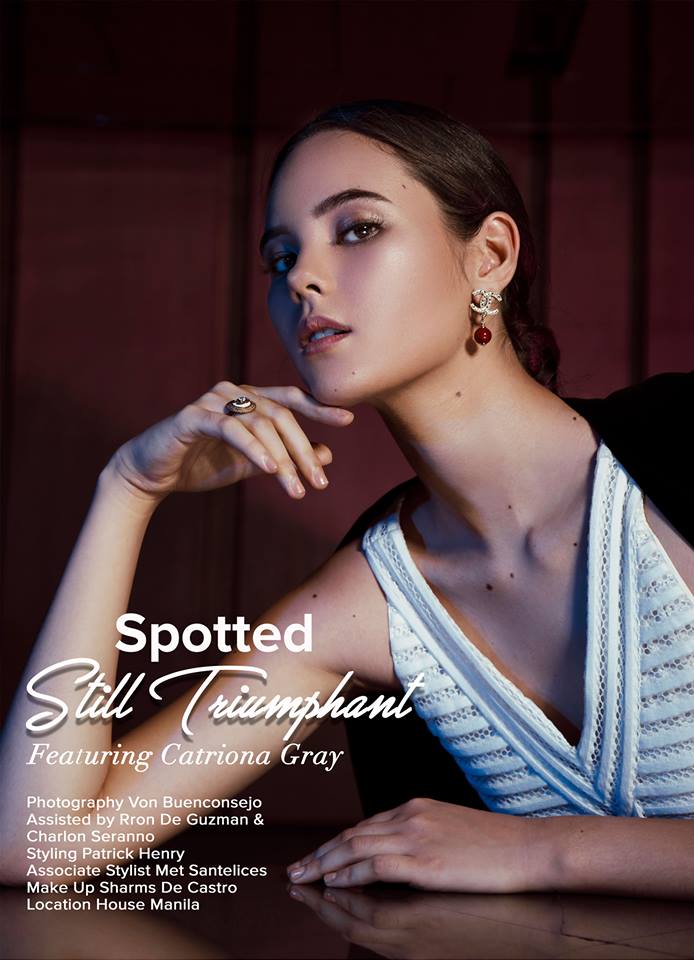 Having moved to the Philippines from Australia at the age of 18, Catriona had to quickly adjust to living far from her parents with whom she was very close. But that journey took her into modeling, singing and doing TV commercials. She even caught the eye of Cosmo magazine who featured her among the 2013 Sexiest Models in the Philippines.
When she took to the stage as the country’s representative to the 2016 Miss World pageant, she was a clear standout and an early favorite. That is why many had difficulty accepting why she did not win the title. “The amount of support from the fans that I received when I joined Miss World was something that I never expected. And the fact that they all got so passionate about my competition really allowed me to feel the immense sense of community in that, I never felt alone in what I was feeling and experiencing. Even now, they’re still supporting me and the fact that the sense of community that we built is still there, long after my competition has ended, is something that I’m incredibly grateful for.”

Undeniably, Catriona was able to find her way back after finishing 3rd runner-up in the 2016 Miss World competition and passing on the crown to her next successor. Sharing her thoughts about her beauty pageant days, her travels, her pursuit of music and the charity projects that she continues to support, it is evident how Catriona personifies beauty with a purpose. 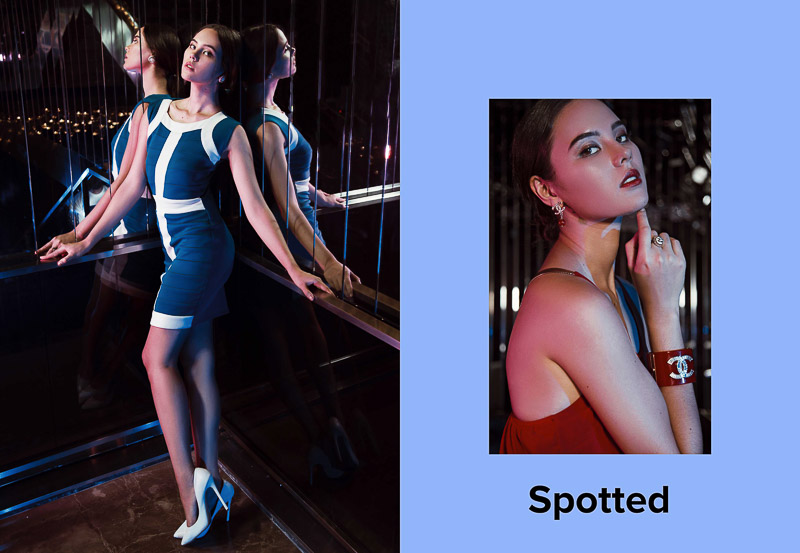 Describe your best fashion moments. What were you wearing, what was the location?
My best fashion moments happen when I’m part of the creative process. I love collaborating. Before setting off for Miss World I had the opportunity to organise some shoots to gather materials to release during my competition and I took this chance to work with people in the industry that I really admire and/or look up to. Being able to be a part of the conceptualisation, the direction and execution of the shoot makes the whole process so much more fulfilling. As a model, that role is never really there, so the projects I do get to collaborate on are always my favourites.

There’s this moving photo of you hugging the Philippine Flag at the end of the 2016 Ms. World competition. What is the story behind it?
That moment was captured after the show had ended, and until that point I was all smiles! But then all the Filipinos in the audience crowded around in front of me, and they were telling me things like “Cat, we’re so proud of you!”, “You represented the Philippines with pride!”, “You’re our Miss World!” and that’s what finally brought on the tears. My own feelings hadn’t had time to sink in yet but seeing those faces in front of me, knowing how far they travelled (even my family) made me feel as though I had disappointed them. But as soon as they told me those things, that I had made them and our country proud is when the rush of emotion came. One of them passed me our flag and that was how that moment came to be. 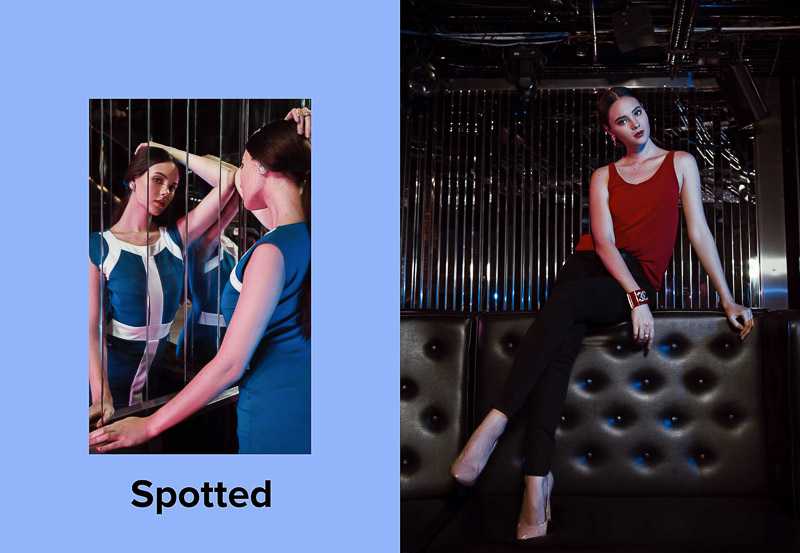 You have always expressed your passion for music and performing. Is this something that you have always pursued?
I have always loved music, as far back as I can remember. Growing up with three generations of music (my parents and mine) instilled in me this appreciation for a good tune at a young age. And that’s how (my fondness of music) began, I would just sing along and eventually I developed my own voice. So when I graduated, I didn’t necessarily plan on taking up Music as my degree. In fact, I had initially planned on taking up a dual degree in Science and Journalism. I was really serious about academics in school – always studying. But when I finally reached a crossroad and had to choose what avenue to pursue I had to ask myself what it is that I would really enjoy and I chose Music.

Do you see singing as your long-term career?
I would love to see myself creating and sharing music with people for a living. But I definitely have a lot to learn. I would love to intern with producers and song writers, because I do not want just to be handed a song to sing. I would love to create my own music and to collaborate with people. Music is just one of those mediums which is so creative and all-encompassing when you think about the possibilities of genres, sounds and talented individuals as well as the impact it can have on people. I think that’s why, as a creative, I’m so drawn to it.

What kind of songs do you sing?
I like bluesy kind of pop, like an emotionally driven dark pop even jazz, soul and blues. Artists I look up to are people like Sam Smith, Dua Lipa or Emeli Sandé who, as songwriters, are able to tap into emotions and really resonate with a lot of people. I love music that connects people – that makes you feel something. 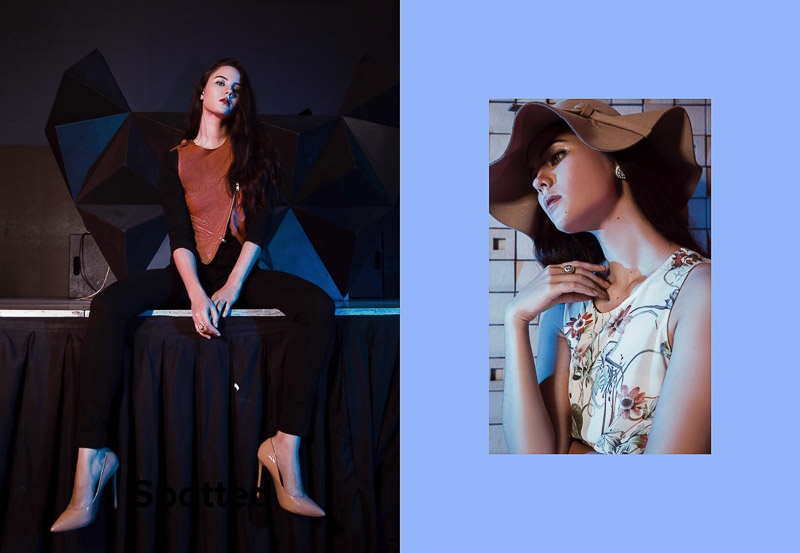 You love to travel as seen in your blog www.cat-elle.com. What for you are top 3 most beautiful spots in the Philippines.
I love Coron because I love to go on an adventure while I’m travelling. So I love island hopping, visiting the Hot Springs and eating at the grill restaurants around town.

My nearby favorite to Manila would be the Mountain Provinces: Sagada and Batad. I went there with my mom on a road trip last year and it was so beautiful. When you think of the Philippines, you would think of sun, sand and palm trees but in the mountainous provinces, the climate is colder with pine trees, it just takes on a new face. We got to stay in a Nipa hut in the secluded town of Batad that is only accessible by minutes trek from the nearest road. It was amazing to get a snapshot back in time of a place that seems almost untouched by modernization.

I also love Bohol. I go there quite often and it’s one of my parents’ favorite places. I love the beaches, iconic sights & attractions along with the food (the Bohol Bee Farm’s ice cream is my fave!). Its a perfect place to bring family who’s visiting from abroad cause there’s so much to see 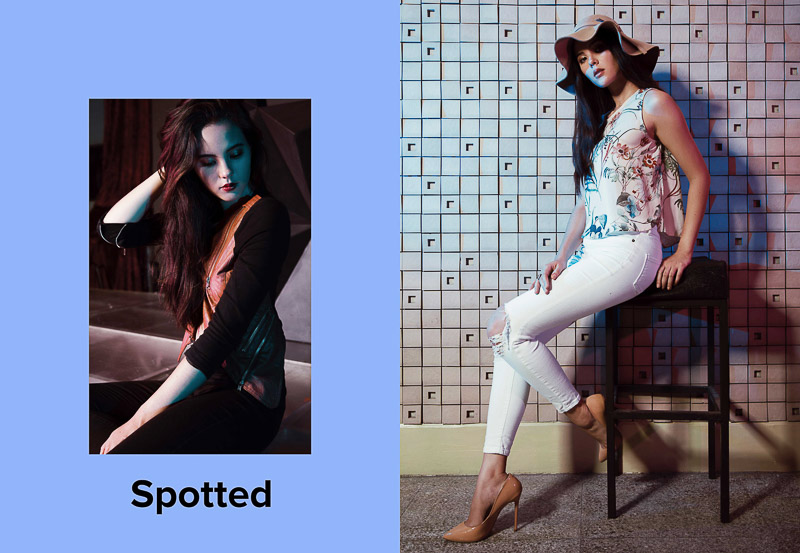 How about abroad?
I love New York because when I was there for the first time late last year, I felt like I was in a movie – strolling through all those familiar scenes like such as Times Square. It’s such a melting pot from the people, to the food, the art and culture. The people I met there were so open-minded, they don’t fit on a certain cultural box. It was an interesting and inspiring place to be.

Second is of course, Australia. If you are someone like me who loves nature and be around beautiful sceneries, then Australia would be the right place for you. I grew up in Cairns which is the port of the Great Barrier Reef, so I grew up with the reef on one side and mountains on the other.

Special mention goes to Hawaii, which is literally like a city on an island. The landscape is amazing! Drive for 20 minutes your at the beach, another 10 and your sandwiched by ragged mountains another 10 and your passing fields of pineapples. The beaches also come in every colour: pink, black, brown and white sand beaches. And the surfs amazing too – not to mention the food trucks that serve the best shrimp! Can you tell I only need scenery and food to make me happy? (Laughs) 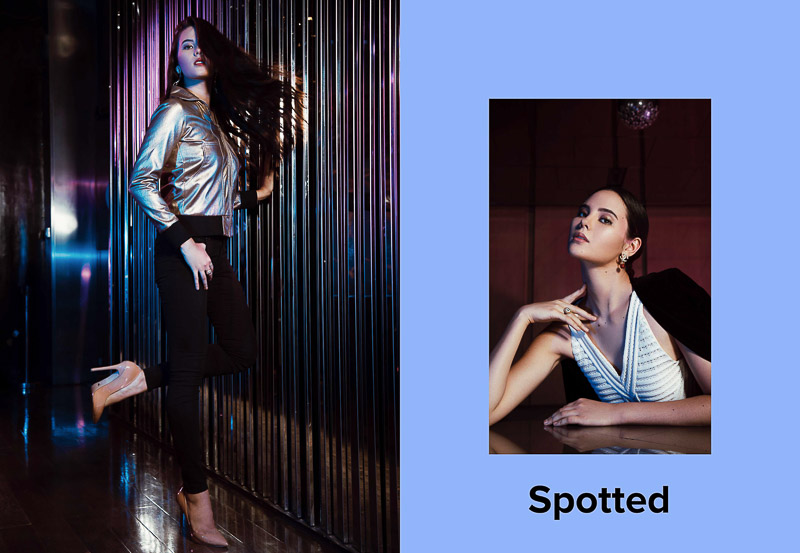 Can you share some helpful tips for women who are travelling alone?
You need to have someone whom you can contact and update when you arrive or when you get home, etc. It’s a safety net that you have. At least if you get lost, someone is going to look for you.

Tell us more about the charity projects you are currently supporting and how were you able to be part of them.
The main charity that I have been active with for a year and a half is called Young Focus which is based in Tondo, Manila. While Tondo is essentially apart of a developing mega city: Manila, the people living there are in such dire situation and it is so sad because I feel that people do see their conditions but they kind of get used to (the sight of) it and we shouldn’t be.
Young Focus is an education-based charity. They cater to children of all ages up to college and provide classes along with school sponsorships. One of their problems is in terms of space. Tondo doesn’t have these free blocks of land which you can just buy and put a building. So, we found this run-down apartment building with four stories, and throughout the past 2 years I was able to help raise funds to procure the building and renovate it. Seeing the building transform was amazing. The Young Focus Child Care Centre opened two weeks ago for the school year 2017-2018 and was super fulfilling. I really believe in early education Because I believe that If you give children the love for learning at a young age, they will really want to learn throughout their whole lives.

Young Focus is always in need of support to allow their programs to continue to reach more of our countries children. To help and for more information you can visit www.youngfocus.org. 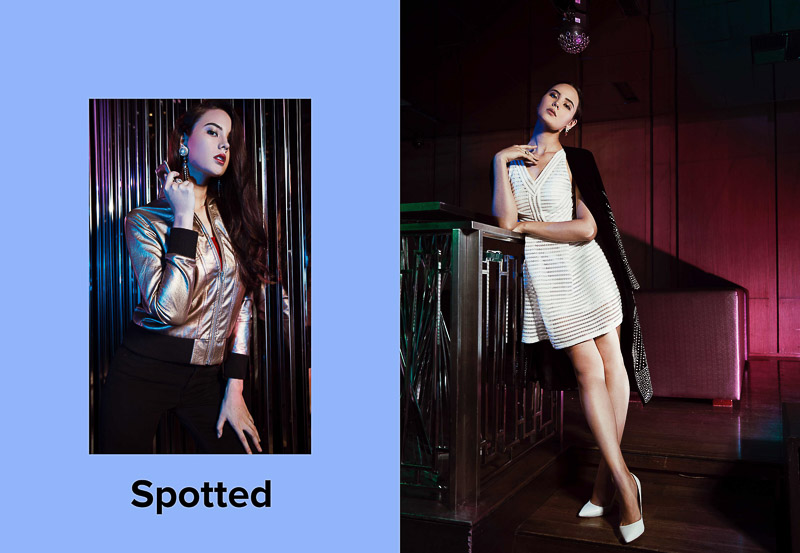